On 29th October, the roundtable “..and suddenly, somebody said EU” took place in ES Maja. Organised by the EVS volunteer Andrea Masotto, it gathered 10 people willing to discuss how EU education is efficient in Latvia and other European counties. Six European countries were represented during the discussion: Belarus, Bulgaria, France, Germany, Italy and Portugal. What emerged from the discussion was an image with wide range of improvement.

The most “virtuous” country among the participants seemed France. Elise told how the classes (unconventional in all grades) of civic education are planned since the first grade of school, and children since the age of ten are introduced into the knowledge of the EU.
Also in Germany civic classes are planned, but only in the last (twelve) grade pupils get some knowledge of the EU. As Alice complained, the lessons are boring and consist of a mere list of facts about EU countries and the functions of the EU institutions.
In other countries, separated classes are not organised and EU topics are supposed to be covered only by the traditional subjects. Andrea showed how in Italy the last educations reforms encourage the introduction of EU topics but without giving any guideline to teachers. The consequence is that teachers are usually not prepared to (or more often willing of) change their teaching methods and programmes, leaving a gap of knowledge to pupils. Mariya has a very similar experience in Bulgaria, partly justified by the recent EU accession of her country. EU education is left to the new, young teachers who try to contrast the lack of knowledge and interest of Bulgarians about the topic. Isabel from Portugal brought a positive, personal experience: although not established in the national curriculum, her teacher organised some extra lectures about the EU.
Finally, Anna described how the EU does not have space in Belarusian society. In school, teachers are not taking in deep about EU topics and even if somebody would like to discuss openly about it, it would be forbidden in the country, as the EU values are compared to Western values.

During and after the presentations there was space for the questions and comments of the Latvian participants, very interested in finding new solutions for solving the lack of a proper EU education in Latvia. The last, also very animated part of the discussion concerned the necessity and tools for teaching EU topics in all grades of school, taking into account on one hand the age and needs of the pupils, but also the need of presenting facts in an appealing way.

Finally, we want to thank the EVS volunteers who accepted to contribute to the roundtable and their hosting organisations who allowed them to take part into it: Elise from Homo Ecos, Anna and Mariya from Jauniešu studija “BaMbuss“, Alice from Klubs “Māja” and Isabel from Privātā vidusskola Ādažu Brīvā Valdorfa skola.

Read the presentations of our participants (list is updating)

With the support of the SIF project „Aktīva pilsoniskā līdzdalība: Latvija = ES” and the Erasmus+ programme of the European Commission. 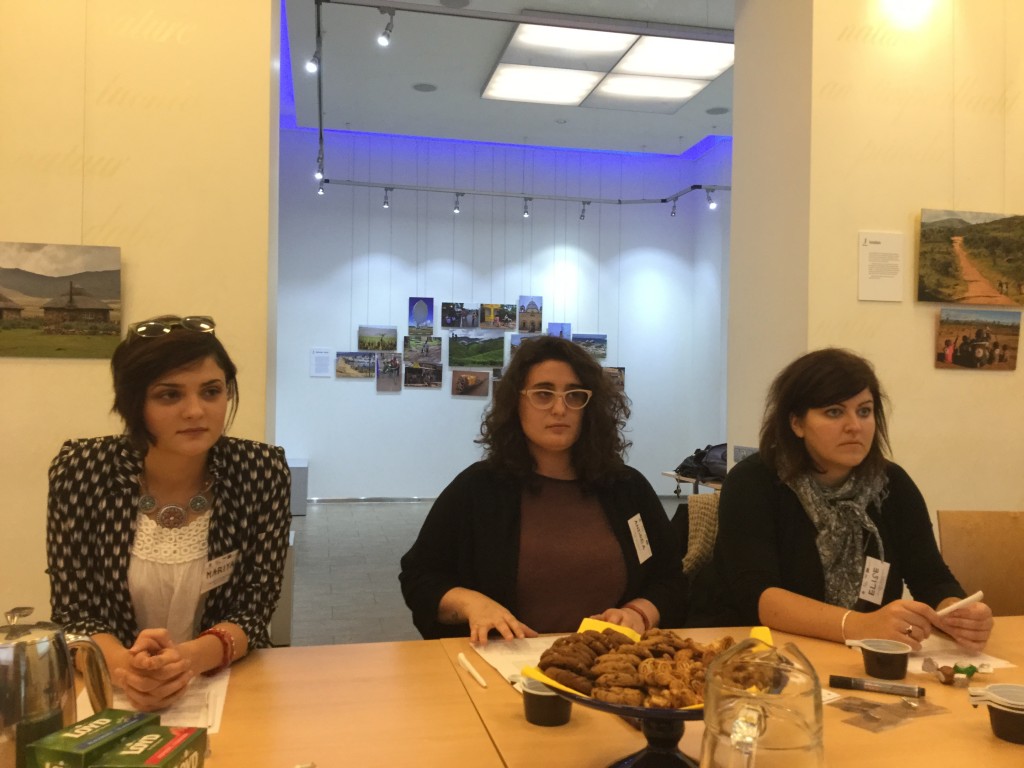