Anna Isaieva – working in youth NGO, before studied history; participated in numerous international youth programs. Born and live in Kyiv. Was lucky to participate in “Orange revolution”, is actively involved as ordinary citizen in today’s events in Ukraine. Is not a member of any political party.

Here, in Kyiv, time is running so fast… Fast and unequally. Sometimes, during one day you can experience events enough for the whole week. Sometimes, one week can be like one, endless day full of waiting. This text is subjective attempt to recall, analyze and understand how it became possible. How corrupted but peaceful country in incredibly short period of time turned up on the edge of catastrophe?

For understanding today’s situation in Ukraine it is important to know prehistory. In 2004 Ukraine became famous due to Orange revolution. After massive falsification during the second tour of presidential elections thousands of people came out for protest. According to official data pro-government candidate Yanukovych won. It was first peaceful Maidan. Thanks to massive protests, active participation of international mediators new elections took place in December 2004 and opposition candidate Yushchenko won. I remember celebration of New 2005 Year in the centre of Kyiv, on Maidan – opposition politicians on the scene, hundreds of thousands of people full of expectations and hopes, joyful euphoria in the air.

Probably, high expectations, lack of habit of active citizenship, personal ambitious and endless conflicts of opposition politicians became reasons for a deep apathy and disappointment in the next years.  It is important to notice, that after first Maidan as a result of compromise new Constitution was adopted. Ukraine turned from a presidential republic into a parliamentary one. Unfortunately, instead of the birth of parliamentary democracy we faced blossoming of bazaar. What was supposed to be fair and open competition of principles, values and ideas became market with traditional stuff: wrong scales, cheating and hided bargaining. Plus, deep personal conflict between two strongest opposition leaders president Yushchenko and Yulia Tymoshchenko.

In 2009 Victor Yanukovych won the presidential election. The difference between him and Yulia Tymoshenko was about 3%. I remember wide discussion in mass-media between representatives of intellectual elite before the second tour – Tymoshenko or “against all candidates”? Logic was simple: Tymoshenko is a charismatic person, she will be perfect opposition leader and strong counterweight for the president Yanukovych. Many people accepted this arguments and made their choice to be against all candidates.  Next three years showed that logic does not work in this part of the world.

This is a sketch image of Ukraine after 4 years of ruling of “team of professionals” (one of the pro-presidential election mottos).

Thanks to the geographical position Ukraine is always between. Between east or west, Europe or Russia. Geopolitical choice was one of the main challenges for every new-elected president. During decade of president Kuchma country tried to find a balance and be as neutral as possible. In “orange times” (2004-2009) Ukraine made a choice and started confident movement to Europe and western world in general. Consequently, relations with official Russia became colder and colder. After win of Yanukovych politicians and analytics east of Kyiv declared with pleasure that this “guy” will return Ukraine into fraternal embrace of Russia. But they were wrong – new head of country did not plan to share control under this territory and its riches with someone else. Yanukovcyh tried to play and bargain with both, Russian Federation and EU. He could do it for years but economical situation became worse and worse. Finally, two years ago Ukraine officially made the choice – country started preparations for signing Association agreement with EU. Preparations meant huge work on adaptation of European norms and standards in different spheres of state life. Big campaign in mass-media, even organized demonstrations for EU in eastern part of Ukraine (yes, like in soviet time – with flags, slogans and serious men from local party organisations). The historical agreement was supposed to be signed in November 2013 in Vilnius. In summer 2013 it was clear that country made its choice and the movement is unstoppable – Russian Federation started its game. In the next months “trade wars” started  – import of Ukrainian products were forbidden – this is favourite method for convincing naughty neighbors (remember Georgian and Moldavian wine, Belorussian milk). And, of course, wide propaganda in pro-Russian mass-media. Despite huge pressure Ukraine still made steps for Vilnius agreement.

Vilnius summit became closer and closer, in the same time Ukrainian economy stopped on the edge of financial catastrophe – urgent financial help was vital. EU would provide some financial support after signing agreement but only for reforms and only under control. Instead Russian government proposed more and did not demand any reforms or reports on spending. Try to guess what was the choice?

One week before the summit prime-minister made an official announcement that Ukraine will not sign the agreement as association with EU will kill economy of country. In other words, during two years huge work was done but… it was a mistake. We just forgot to check economical reports!

This insolent move was formal reason for beginning of Maidan.

After massive demonstration against governmental decision small part of protesters, mainly young people, decided to stay on the central square in Kyiv till the 30 of November – the aim was to show that Ukraine has active people who care about their future. They really stayed there around one week, they declined proposals of support from political party. In those time around 2000 – 3000 people stayed on Maidan. The square was free of politics and political mottos and reminded carnival. In the evening of 30 of November became clear that Yanukovych did not sign the agreement. It was useless to stay on the square. Activists decided to continue in March 2014. On Maidan stayed only young people who did not have a place to stay for that night. That night became historical – around midnight special police forces surrounded and brutally beat people who stayed there. Shocking videos of beating young (almost children) unarmed people can not remain indifferent. Impressions of people who saw this sound remarkably similar “It’s not possible in Ukraine. Belarus, Russia… yes, but not Ukraine”. On the 1 of December 1-million demonstration took place in Kyiv – and again brutal attack of the special police forces against ordinary people.

… During 2 months people in the centre of Kyiv standed for the rights to be people not just population. 2 months of peaceful resistance. They asked for resignation of minister of internal affairs and fair investigation and trial on responsible on brutal beating of people on 30 of November and 1 of December 2013. During two months regime did not show any wish to negotiate or find compromises. Background for this – repressions and arrests of people in the whole country, blocking of bank accounts of opposition deputies, financial investigation and sanctions against businessmen who support Maidan.

After 16 of January 2014 Ukraine faced a new reality – from corrupted country with some elements of democracy we became dictatorship.  Ignoring all legal pocedures during one hour Parliament adopted laws which forbid participation in demonstrations (sentence up to 15 years), forbid freedom of speech, fair trial (person can be judged even without his or her presence), journalist investigations are prohibited, wearing of helmets and masks are prohibited (even medical and carnival ones), all NGOs which receive foreign grants should be officially named “foreign agent” and submit monthly reports to the state, internet sites could be closed just by state request, without any reason. Desperate people have started clashes with special police forces. First time, during 22 years we faced such deep crisis. Instead of tries of negotiating or finding compromise regime started real terror against Ukrainians: people are brutally beaten and tortured by police, taken to prisons; people are kidnapped (even from hospitals), tortured and at least one, Yuriy Verbytskyi, is already dead – he freezed to death (!) after tortures; the most awful – on 22 of January 2 young protesters were killed by guns and 2 more died from injuries. After 3 days of fighting clahses were stopped. The fact of clashes and death of 2 peaceful protesters deeply shocked the society. Only after this events president invited opposition leaders for negotiations. Negotiations in his understanding of this word – which means wiles, tricks and lie.

One week later “dictatorship laws” were cancelled by Parliament. Government resigned. Negotiations are still in progress.

Events of last two months showed that real situation in Ukraine is worse than we could imagine, police is not simply corrupted but dangerous for own citizen’s health and life. The problem is not in concrete people (minister, judge etc), the whole system is rotten. Realizing of this led to new Maidan’s demands: back to old Constitution (and to a parliament republic), new parliament and presidential election in 2014, reform of police and courts.

It’s not about EU association or EU stuff, it’s about human rights, democracy and human dignity! It’s for the right to be a PERSON, but not just body!

And finally I think I know how my country in incredibly short period of time turne up on the edge of catastrophe. I found the answer on big poster on one of the barricades “Please, understand us – we are fed up”. 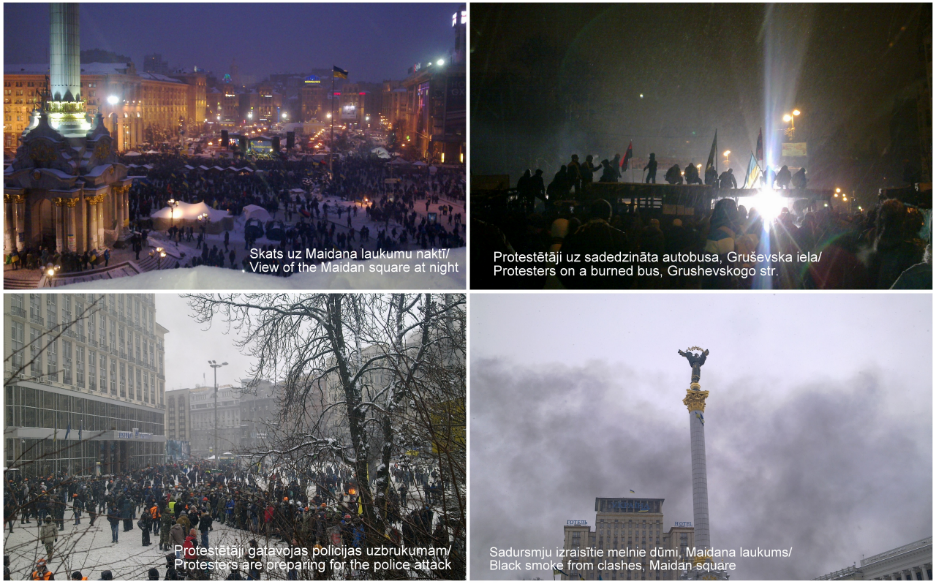